The Economic and Financial Crimes Commission (EFCC) has received encomiums from a senior citizen, John Ederaro.

The 81-year-old showered praises after receiving a bank draft for N244,000 from the Benin Zonal Commander, Muhtar Bello.

The money is the monetary asset recovered on his behalf by the EFCC.

Ederaro thanked the EFCC for the good work and described the agency as “a father to the fatherless”.

“I am so happy because EFCC did not allow shame to be my portion. God bless the EFCC more and more”, he said.

The octogenarian recalled that had misplaced his phone in an intercity bus. 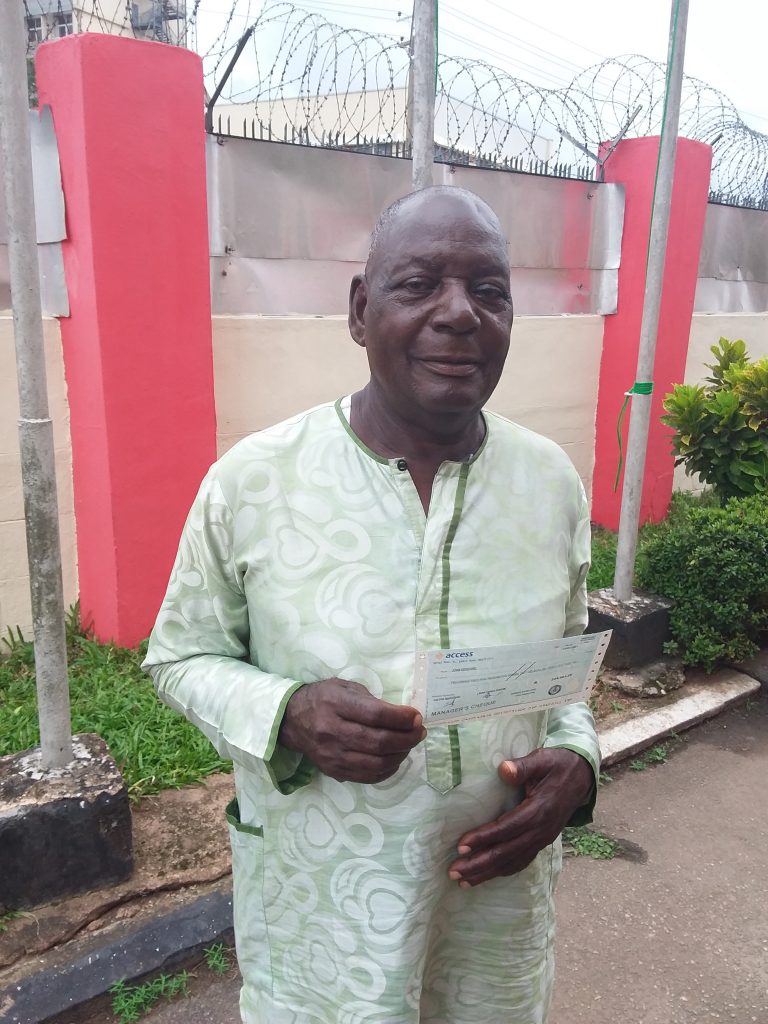 A few days later, all the money in his account, which belonged to the community, was stolen.

Ederaro said some people accused him to spending the funds and telling lies.

“Many did not believe me even when I told them what happened. Today I’m the happiest man in the world. EFCC efforts has vindicated me”, he said.

In his remarks, Bello assured the commission would continue to discharge its duties diligently and restitute victims of fraud accordingly.