The Governor of Osun State, Adegboyega Oyetola has asked residents, especially those in the state capital Osogbo, to desist from indiscriminate dumping of waste and mounting of illegal structures on waterways.

He said it has been established that many of the incidents of flooding were caused by drainage and water blockage.

The Governor also sympathised with residents of the state over the adverse effects of the flood which ravaged some parts of the State, particularly the state capital, Osogbo on Tuesday.

Oyetola who made this statements during an on the spot assessment and inspection tour to some affected areas in the State on Tuesday, added that the government was working hard to forestall future occurrences of flooding.

The governor called for attitudinal change to environment management by the residents and assured that necessary steps would be taken to address the situation as relevant agencies, including emergency response and disaster management teams had been contacted. 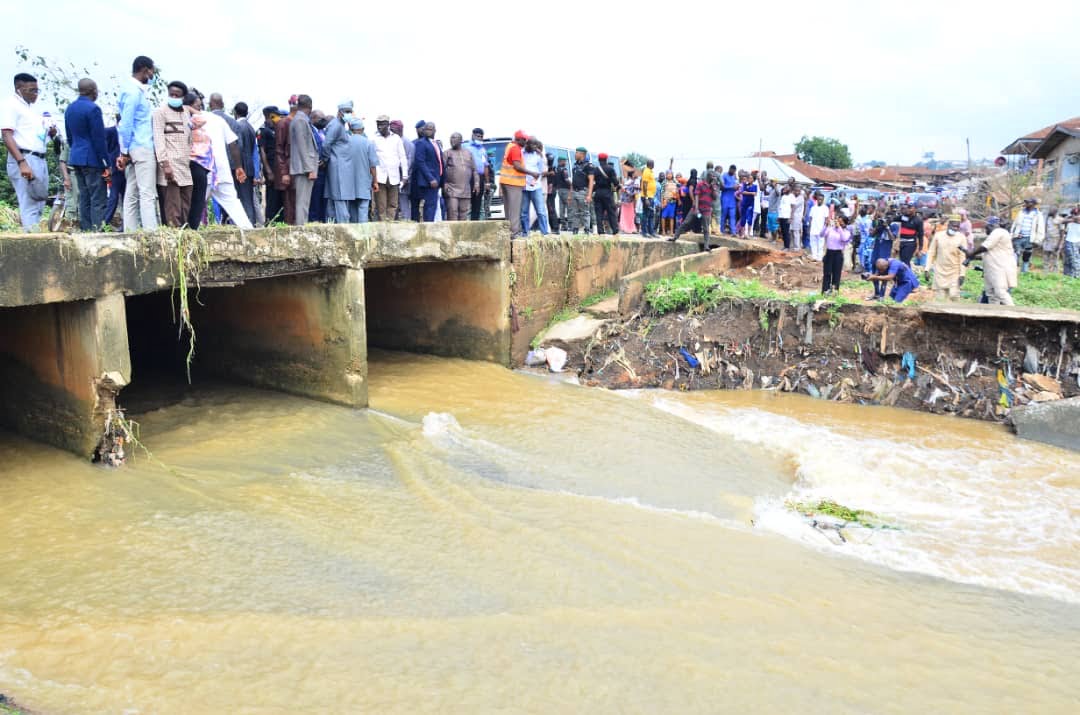 In Alie community, Olorunda local government area, the governor noted that the time had come for residents to adhere strictly to environmental safety tips, adding that this remained the only way to permanently put an end to the menace of flooding.

He explained that after going round to see things for himself, he observed that the damage was much and that areas requiring interventions like dredging will be attended to with immediate effect.

Oyetola maintained that the residents must realise that water will always find a path for itself as it can never be hindered, hence the need to always accord it its right of passage.

While reiterating that the safety of lives and property of the citizens was the main concern of the government, he disclosed that the location of the incident was not much of a bother to authority.

Some of the worse hit areas visited by the governor were Oke-Ijetu area, Alie community, Gbodofon community, Alekunwodo area, GRA and Lameco areas.